What’s in a Name?

Attention Deficit Hyperactivity Disorder, or ADHD, is many things to many people—but one thing it’s not is an attention deficit.

In fact, for most people living with this complex life-long neurodevelopmental condition, it’s the complete opposite of what it’s called.

Rather than attention deficit, people living with ADHD experience attention overload, and as for hyperactivity, the uphill battle to fit in with their neurotypical peers is often all on the inside.

Alex Smith is an ADHD and Life Coach with more than 15 years of coaching experience. He describes the hyperactivity as an “internalized restlessness.” Diagnosed in his late 30s after years of pushing himself to be more neurotypical than the neurotypical, he says it’s like having a motor-driven mind.

“It’s not a deficit of attention; it’s more like you’re paying attention to everything all at the same time, and it’s very difficult to shut out competing stimuli. With ADHD, you’re hyper-reactive to the environment and hyper-reactive to emotions.

Main Traits and Characteristics of ADHD

This ability to hyperfocus on areas of interest and/or matters of urgency seems to be one of the most pronounced features of the condition that affects an estimated five to seven percent of children and two to five percent of adults worldwide.

There’s also the flip side to hyperfocus which is hypofocus, where tasks, items, appointments, etc., get neglected, lost, or forgotten, thus creating the impression of an “attention deficit” as the name suggests.

Brooke Schnittman, ADHD and Executive Function Coach, has worked with individuals with ADHD since 2006, and, like many women, was diagnosed herself as an adult. She says ADHD is not actually a deficit of attention.

A decade ago, the stereotypical presentation of ADHD was a hyperactive child, but, as our understanding of ADHD has improved, the range of presentations has broadened, with more adults and particularly women being diagnosed.

We now recognise three different presentations of ADHD depending on which symptoms are the strongest in the individual: predominantly inattentive, predominantly hyperactive, and combined.

Many of the most common traits are associated with executive functioning or the brain’s ability to prioritize and manage thoughts and actions such as organizing and completing tasks, attention to detail, understanding long-term consequences of actions, goal setting, following instructions, and following conversations, as well as impulsivity, interrupting and impatience.

And while there is a strong genetic link, other causes are yet unknown. Almost always, however, ADHD is accompanied by another behavior condition such as anxiety, depression, or autism.

For most people, ADHD responds well to treatment, namely the right dose of the right medication along with behavior therapy and/or coaching.

“I finally understood my whole life”

For Brooke Schnittman, the diagnosis of “combined type, moderate” at the age of 35 was the moment from which, as she explains it, “I finally understood my whole life.”

“I remember when in school, I would look at the teacher and have conversations with friends and adults where it appeared I was focused and paying attention, but had no idea what was being said. I was originally diagnosed with an anxiety disorder and was diagnosed with a processing disorder at a young age, but my ADHD was not diagnosed until I myself realized that I had it,” Brooke says.

The Damaging Impact of Negative Messages

Life Coach and ADHD Coach Diane Bogart had a similar experience when she was diagnosed, saying everything she’d ever done suddenly made sense.

“Most people diagnosed as adults feel really validated because the struggle has happened regardless of whether there’s a diagnosis, and that struggle looks like ‘if only you would apply yourself,’ or ‘gosh, you have so much potential,’ or ‘why do you wait until the last minute on everything,’ and ‘what do you mean you’ve lost your shoes again?’

“Life has been a series of negative messages, so when you get that validation of a diagnosis, it’s like whoa, this is real, this is not just me being lazy or stupid,” she says.

Diane remembers the first time she heard of ADHD while studying psychology in her 20s when reading Hallowell and Ratey’s best-selling book Driven to Distraction. She was taken aback by how well it described her mother.

“So I sent the book to her and a week later she called me to say how perfectly it described me! People with ADHD are usually not good at self-assessment,” she says, while admitting that the evidence was there all along.

“If I’m into something, if I want to be doing something, if I’m passionate about it, I can focus to the point where the rest of the world ceases to exist. I don’t need sleep, I don’t need food. If I’m fixated on something I can be absolutely hyper-focused, and people see that and don’t understand. But if I need it to be done right and if it’s important to me, then I can be incredibly meticulous,” says Diane.

The Cost to Self-esteem and Self-confidence

Alex Smith remembers being told he couldn’t possibly have ADHD because he’d achieved so many things and didn’t look like he had ADHD. But he admits all that effort was taking a toll.

“You’re constantly redoubling your efforts, so you tend to work longer, later, and you find that what were adaptive strategies become maladaptive strategies. For example, at university and at work the only time I could get things done was late at night when there were fewer distractions, when my mind was more tired—and that has a knock-on impact on sleep.”

Alex describes it as a huge cost to society, even a human tragedy. Labels such as naughty, troublemaker, rude, and lazy are commonly applied to someone symptomatic.

“Difficulty with follow through, difficulty with lateness, difficulty getting back to people gets labeled as either uncaring or inconsiderate, and those labels have a very damaging impact on self-esteem and self-confidence,” he says.

“I’ve read somewhere that by the time someone with undiagnosed ADHD is 18 they’ve had an estimated 12,000 more negative messages about their character than their neurotypical peers. They get labeled with character flaws they don’t actually have.”

Brooke has also seen her fair share of clients who have experienced negative messages and is concerned about the impact misinformation is having on people’s lives.

“Everyone has a different story and a different past, however, what I have seen in my clients, students, and myself is a mix of social issues such as bullying, feelings of not fitting in, feeling lazy, unable, not reaching our potential, and years of shame.”

And to make matters worse, an ADHD diagnosis (which may follow years of struggling) may be met with skepticism about the condition, or be dismissed as, “Yeah, I’ve got that too.”

“I have heard ‘Aren’t we all just a little bit ADHD?’ too many times,” says Brooke.

“What many people don’t know is that we can all have deficits in one or more areas of our executive functions, however, to be diagnosed with ADHD, you must have six—or five for people over 17 years—ADHD symptoms. They must occur frequently in two or more settings, and several of the symptoms must have been present prior to the age of 12. The diagnostician must also take a complete and thorough history of an individual’s life.

“Also, there are other coexisting conditions such as anxiety, auditory processing disorders, depression, OCD, and autism that might look like ADHD symptoms but might not be. The clinician must make sure that the person’s symptoms are due to ADHD and not something else.”

Controlling the Chaos with Therapy and Coaching

Along with a range of medications, therapy and coaching can help create structures and routines to manage symptoms.

Alex’s approach to coaching is to help people learn how to do things the way it works for them. He says there are a lot of strengths associated with ADHD which can bring lots of advantages if you learn how to harness them. But without that understanding, you tend to fixate on the weaknesses and the things you can’t do.

“People with ADHD thrive quite well according to their own rules, so as a coach it’s about helping people learn to do things differently, learn how to structure their environment, and learn how to advocate for the things they need.”

As a Life and ADHD Coach, Diane says finding the right tools and equipment to help manage executive functions makes a big difference. She describes the CoachVantage coaching software tool, with scheduling and an in-built contract component, as “fabulous.”

“The idea of a contract is somewhat intimidating, so it’s much easier if I know where it is, and I know my client has signed it, without having to go through every email. The other thing I really like is that CoachVantage helps manage my schedule and my other commitments, so they don’t overlap which is a huge convenience for me.”

Brooke describes successful coaching as helping individuals understand how their ADHD shows up in their lives, how to control the chaos surrounding it, and how to alleviate some of the limiting beliefs and negative habits.

She says coaching can ultimately improve a person’s confidence, help them to feel supported and understood, and build lifelong habit changes. It helps individuals start to build small, more manageable positive habits and beliefs, execute, understand why they do things, prepare for potential challenges, and help to explain their ADHD to others.

So knowing what she knows now, what would she tell her younger self?

“I would tell myself it is not my lack of ability; it is my ADHD. If I get the proper treatment, lean into my strengths, understand my weaknesses, and create structures and systems that work, I can manage this and thrive!”

Editor’s Note: If you enjoyed this piece, be sure to check out Glen’s other article for LCM: Finding Life’s Meaning Through Spiritual Coaching.

Glen Oliveiro is the founder of CoachVantage, an all-in-one coaching platform that helps coaches to deliver exceptional results for their businesses and clients. It facilitates the coaching partnership between coach and coachee. Taking notes, sharing files, sending forms and e-contracts, invoicing, and scheduling are all supported on the platform. It fully automates the client onboarding process and gives coaches the ability to deliver impactful coaching and transform their clients’ lives.

Glen Oliveiro is the founder of CoachVantage, an all-in-one coaching platform that helps coaches to deliver exceptional results for their businesses and clients. It facilitates the coaching partnership between coach and coachee. Taking notes, sharing files, sending forms and e-contracts, invoicing, and scheduling are all supported on the platform. It fully automates the client onboarding process and gives coaches the ability to deliver impactful coaching and transform their clients’ lives. 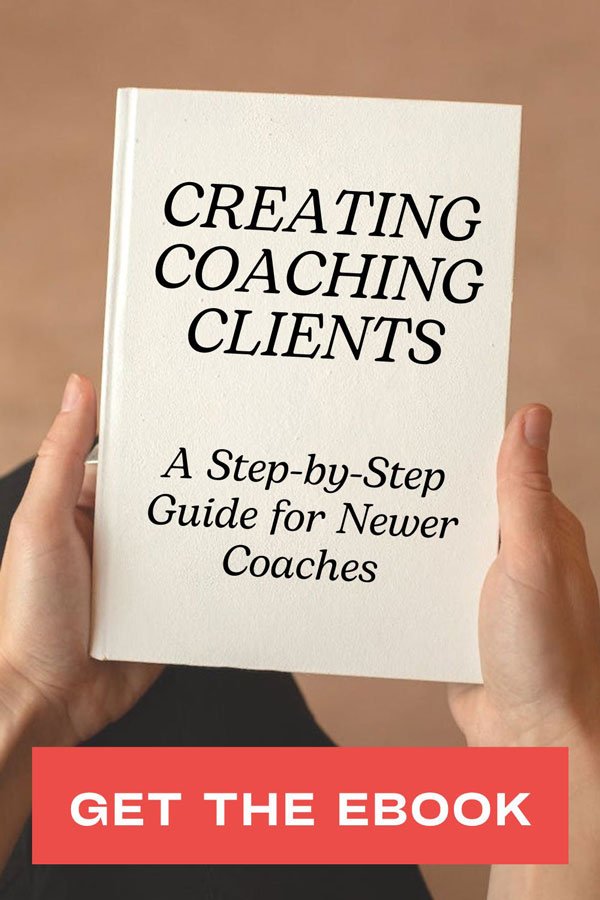 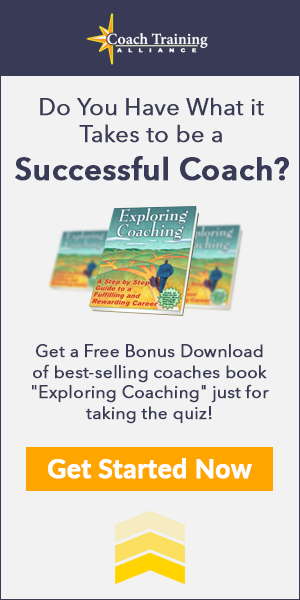